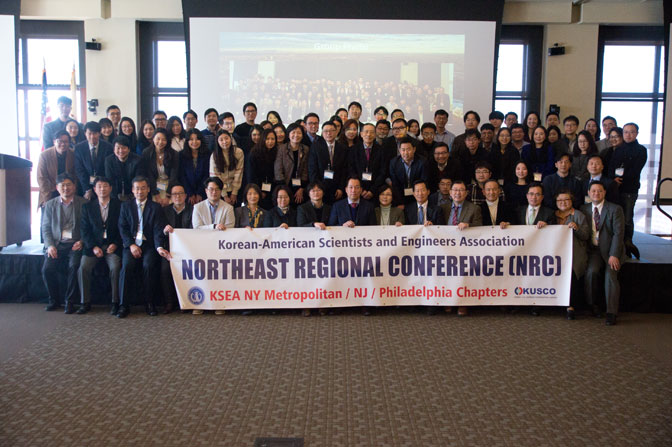 KSEA Northeast Regional Conference (NRC) is
to provide a forum in which scientists and engineers
in major areas present their research findings and share ideas.
The NRC  will also contribute greatly to the advancement of research and development
in both USA and Korea. In addition, it will provide an opportunity for members and
other subject matter experts to establish professional networks,
as well as to explore career opportunities.
Especially, for the next generation, this conference would support
young generation of Korean-American Scientists and Engineers Association Group and
Korean-American Women in Science and Engineering for their networking and
encouraging those groups.